The two countries have capitalised on growing demand for fresh biueberries worldwide, according to the International Blueberry Organization 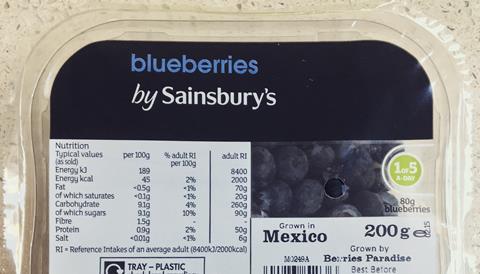 Peru and Mexico have both secured a larger share of the international blueberry business over the past year, as the overall size of the market continued to grow.

That’s one of the headline conclusions of a new report published by The International Blueberry Organization (IBO), which also found that investment in better-yielding varieties was a major factor in the category’s overall expansion.

As global fresh and processed highbush blueberry volumes approach 1.8m tonnes, the report also found that some production regions were struggling in an increasingly competitive sector.

According to the Blueberry Industry Report, Peru has now overtaken Chile as the world’s third-largest producer, while Mexico has replaced Canada in fifth place.

China is now the world’s leading producer of blueberries by volume, although virtually all of that fruit is consumed domestically. Following China by volume are the US, Peru, Chile, and Mexico.

The IBO’s analysis also suggested that an estimated one-third of global volume growth was attributable to yield increases, as opposed to a simple expansion of planted area.

Consumer demand for better and better quality has apparently encouraged innovation in the adoption of new genetics, as well as improved farming practices and post-harvest systems.