Development Finance Cooperation has approved a credit line of €1.4m to aid in recovery from recent storms 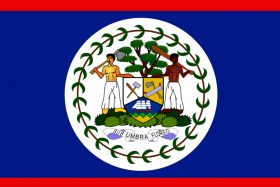 Belize's banana sector, which took a hefty battering last week from a series of storms, has received a timely boost with the news that it is set to receive BZ$4m (€1.4m) in funding to help growers in their recovery effort.

According to a report by local news and radio source Love FM, the country's chief agricultural officer Eugene Waight confirmed that a secure credit line had been made available to the industry from the Development Finance Cooperation (DFC), following the loss of an estimated 40 per cent of Belize's banana crop.

"We were informed yesterday that the DFC board of directors called an emergency meeting in which they approved a credit line of BZ$4m at a 9 per cent interest rate, so that it is a concessionary rate to assist the banana producers to purchase the necessary inputs to recuperate their fields," Waight explained.

The heavy rain and winds that battered much of the crop will not only impact on workers, many of whom will be unemployed until the plantations are back to full capacity, but will also hit the countries GDP, according to Waight.

"In terms of GDP and also foreign exchange, bananas are definitely one of the three commodities that Belize exports that are of major importance ... so definitely that will have an effect, and if there is less income into the government then it will have some difficulty," he told Love FM.

Looking ahead, Waight said that he expected full production to be achieved within the next six to nine months.