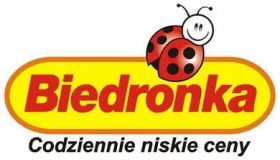 Jeronimo Martins has announced a strong set of results for the first nine months of the year, while also reporting on plans to move into a new market.

In a news release, the Portugal-based retailer revealed that it had chosen to target Colombia for market entry after discussing several different options.

"I would like to announce that at its meeting of the 25-26 October, after analysing different options of geographical diversification, the board of directors of Jeronimo Martins decided to choose Colombia as the new market to enter," Pedro Soares dos Santos, Jerónimo Martins CEO, revealed.

Meanwhile, retailer saw consolidated sales grow by 15.6 per cent for the first nine months of the year to €7.3bn, driven by the 'excellent' performance of Biedronka in Poland and Food Distribution in its home market.

Earnings before interest, taxation, depreciation and amortisation (EBITDA) climbed 19.5 per cent, ahead of sales and reflecting gains from increasing economies of scale in Biedronka, while net profit increased by 32 per cent on the first nine months of 2010, at €256m.

"In Poland, Biedronka, our top strategic priority, continued with its outstanding growth in sales and profits, confirming the company's competitiveness and strengthening further its leadership in the Polish market," said dos Santos.

"In Portugal, where the macro-economic climate remains weak with negative impact in the general sentiment and in consumption, Pingo Doce and Recheio continued to increase their respective market shares, proving the high resilience of their business models," he added. "The strong performance in both countries confirms the group's very positive outlook regarding growth in sales and profits for 2011."