Sales up but profit down for Ahold 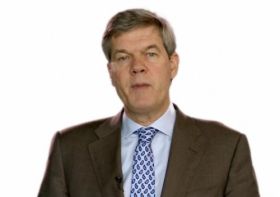 Netherlands-based food retailer Ahold has revealed it found trading tough during the first three months of the year, as consumers in its main markets were more reluctant to spend than they had been in January-March 2011.

The company reported its sales rose 1.9 per cent year-on-year to €9.72bn during the first quarter of 2012, although it also revealed that operating income for the same period fell 6.3 per cent to €416m, due mainly to challenging trading conditions and the fact that the Easter holiday was earlier than in 2011.

"However, we saw underlying trends improving slightly as the quarter developed and are encouraged by the sales trend in the second quarter, albeit against a background of weak market conditions," said the group's chief executive Dick Boer.

In the US, Ahold's net sales increased 2.8 per cent during the first quarter to US$7.8bn, while in the Netherlands its turnover was up 1.2 per cent to €3.3bn.

In the Czech Republic and Slovakia, however, sales for the period were 5.6 per cent lower at €508m.

"We continue to focus on improving our competitive position through cost reductions and overall simplification of our processes," he said. "We are on target to deliver our €350m cost savings programme for the next three years."