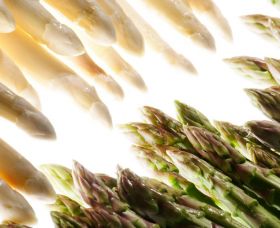 Peru's leading agribusiness, Camposol, has announced that it will be raising the price of its asparagus by 30 per cent in order to keep up with increasing operating costs.

According to chief commercial officer José Antonio Gómez Bazán, the increase will come into effect at the end of January.

He said that costs had risen considerably over the past three years, including labour by more than 50 per cent, machinery by nearly 300 per cent and water by 30 per cent per cubic metre.

The increase was also necessary to renew crops on new land, he added, which costs around US$30,000-US$40,000 per hectare.

Gómez Bazán admitted that he did not know how the company's customers would react to the news, stating that Camposol would be forced to opt for alternative products should the increase not be accepted, jeopardising the entire asparagus business in Peru.

The mooted rise follows a year in which Peruvian asparagus prices have already climbed by 20 per cent as a result of a drop in exports, according to a specialist on Peruvian agriculture, Fernando Cillóniz.

He also mentioned the current shortage of asparagus seeds in the world, suggesting that it could take a year for new seeds to be supplied.