According to the latest forecasts from Prognosfruit, market conditions are just right for the start of the European apple and pear season, although uncertainties linger 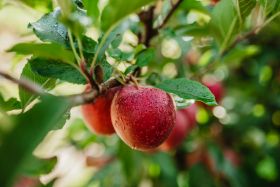 The European topfruit forecasts were announced today courtesy of an online edition of Prognosfruit, with 10.7m tonnes of apples and 2.2m tonnes of pears predicted from the top 21 EU member states, including the UK.

Geographically, in apples, France, Spain and Portugal are expected to return to a more normal level after bumper crops last season, while Poland, Romania and Scandinavia recover from frost-affected campaigns.

In pears, Spain and Portugal are expected to decline in volume, while Italy, Belgium and France see an increase, and the Netherlands remains stable.

Perhaps more significant for growers and traders, however, has been the impact of Covid-19, in addition to the uncertainty presented by the pandemic moving forward.

On the positive side, the outbreak caused sales of apples and pears to accelerate from March, meaning that refrigerated stocks from the past season have almost all been sold. Meanwhile, pressure on the market from counter-seasonal supplies remains low.

This creates the ideal conditions for growers and exporters, with little pressure to clear stocks at low prices. It also means that this year’s precocity is welcome, with harvesting of apples and pears predicted a week or so earlier in most regions.

However, according to Philippe Binard, secretary general of the World Apple and Pear Association (WAPA), there are ongoing concerns regarding the availability of seasonal workers due to Covid-19, as well as additional production costs relating to social distancing and the provision of protective equipment, transport and accommodation for workers.

Then there are the unknown future impacts on logistics, trade, market access, the global economy and consumer purchasing power.

Meanwhile, Brexit presents another uncertainty, according to Binard. Since the UK represents a significant percentage of intra-EU trade in fruit and vegetables, traders are anxious to know what the impact will be on duties and border controls when the UK leaves the EU at the end of the year.

Regarding the main apple varieties, volumes of Golden Delicious are expected to fall by 13 per cent to 1.96m tonnes, a 10 per cent drop on the three-year average. Gala, on the other hand, is forecast to rise slightly to 1.49m tonnes.

According to Binard, the sector is also seeing a shift away from Jonagold and Jonagored toward Red Jonaprince, as well as a continued move toward club varieties.

Concerning pears, production of Conference is estimated to increase by 4 per cent, while William BC volumes are projected to rise by 21 per cent. Production of Abate Fetel is expected to double after last season’s major issues with stink bug.

According to Luc Vanoirbeek, secretary general of VBT (the Association of Belgian Horticulture Cooperatives), the focus for pear exporters has to be on opening up new markets, including in eastern Europe, as sales of pears in German retailers appear to be gradually declining.

With the virtual conference taking place during yet another heat wave in Europe, Vanoirbeek stressed the importance of the European Green Deal and the Farm To Fork strategy in tackling climate change, urging companies to look at the opportunities such efforts would present for the fruit business.

For Binard, the present moment offers a great opportunity for companies to build on the healthy image of apples and pears that has only been enhanced by the Covid-19 pandemic.