This year's north-west cherry season is set to kick off in the coming weeks, with growers predicting a crop of around 16m-18.5m cartons 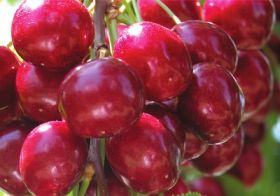 The US northwest cherry campaign is just one week away, according to the latest report by the Washington State Fruit Commission, with the crop pegged at 16-18.5m 20lb equivalent boxes following warm and clear weather in growing areas.

Early regions are set to begin picking in one week, the report said, with initial shipments starting up on the week beginning 14 June and volumes available around 10 days later.

"Preliminary indications suggest that shipments will peak from 29 June to 1 July (compared to 25 June in 2007) and continue strong into August," Washington State Fruit Commission's Andrew Willis said in the report. "July and early August should provide excellent opportunities for promotion."

This year's Rainier crop is making good progress, with volumes expected to hit 1.8m-2m boxes this season – an increase of 5-15 per cent on 2008.

To further boost Rainier sales, 11 July has been marked down as National Rainier Cherry Day in the US, and will include plan advertising breaks and extra shelf space to take advantage of national media coverage.

Meanwhile, California's cherry crop is set to begin winding down in "the next couple days", according to George Smith of the Washington State Fruit Commission.