US: Mexican mango shortage to continue

Shippers are enjoying record prices in the US after production in the states of Michoacán and Sinaloa was hit by bad weather. 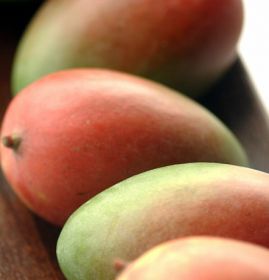 The North American mango market looks set to remain strong for the rest of the summer following reports that production in the northern Mexican state of Sinaloa could be down by as much as 40 per cent.

Inclement weather that affected the bloom late last year has resulted in far less fruit available for export from Michoacán so far this season. According to the USDA, shipments to the US were almost 20 per cent down on 2007 levels. Prices at the Los Angeles wholesale market reflected the shortage, averaging US$3.00 per carton higher in early June compared to the same period a year earlier.

“Mango volumes have been way down so far this season,” said Jesus ‘Chuy’ Loza of Freska Produce International. “Prices have been strong in the US all spring. I’ve not seen a better market than this one for many years.”

Mr Loza said supplies may get even shorter as production shifts north from central Mexico to Sinaloa later in the summer. Once again, weather during the bloom period looks to be the culprit.

“The Sinaloa crop looks to be off by as much as 40 per cent this year,” he said. “There will be a struggle between the processors, exporters and the domestic market for fruit, which should keep the market firm for the remainder of the deal.”

According to Roberto Crespo of Sinaloa-based Empaque Don Jorge, unseasonal weather has derailed what had been shaping up to be a promising crop. “We had an excellent bloom period, but a sharp drop in temperature, coupled with a general lack of rainfall has meant the crop will be nowhere near what we expected,” he said.