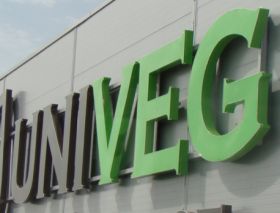 International fresh produce company Univeg says it expects "strong demand" for a planned €285m bond issue aimed at restructuring its debt in the wake of a recent buyout led by founder Hein Deprez.

The group is planning to list the 7.875 per cent senior secured notes on the Bourse de Luxembourg.

Managed by Jefferies International Limited, Petercam NV and KBC Bank NV, and due to be repaid in 2020, the notes will be traded on the exchange's Euro Multilateral Trading Facility.

By issuing the bonds, the company said it wanted to refinance its debt and create a strong platform for future growth.

The move comes just a few months after Deprez, together with two South African families and one Belgian family, seized back control of Univeg from majority shareholder CVC Capital Partners.

"We are proud of the high-quality investor base, which includes global institutional investors, private banks and family offices of our home market, Belgium, who have invested in our debut bond offering," said Univeg Group chief executive Francis Kint. "It strengthens our belief in our business model and our leading position in the global fresh produce industry."