The three-year project – financed by the European Union, the Italian government and CSO – aims to promote European produce 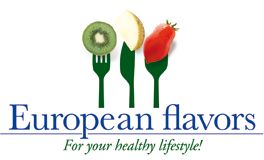 The European Flavors project, aimed at promoting the taste and quality of European fruit and vegetables, kicks off in Canada for its second three-year cycle of activities, scheduled to end in 2013.

European Flavors will make its Canada debut at the Canadian Produce Marketing Association’s (CPMA) annual trade show and conference event, according to a press release from the project coordinators.

Products on show will include pears, kiwifruit, oranges and plums in an effort to promote consumption and raising awareness of the production methods used to protect health and the environment.

As part of the project, a programme of high-profile communication and promotional activities will also be carried out in mass retail outlets throughout Canada.

Italy currently exports an average of around 10,000 tonnes of fresh fruit and vegetables each year to Canada, where there is continuous demand over the last five years for flagship products such as pears, oranges, kiwifruit, apples and grapes.

“Canadian consumers will be able to appreciate the extraordinary sensory characteristics and taste of Italian fruit and vegetables by means of tasting sessions and sampling events which will be scheduled in various cities throughout Canada,” the group said in a press release.

“We are planning initiatives that will particularly draw attention to products of certified origin,” stated Furio Mazzotti, Managing director of Made in Blu.

“These are exclusive initiatives targeted at Canadian consumers who will therefore be able to appreciate and become more familiar with European flavours.”

“The Canadian market is extremely interesting in that it offers us the chance to fully promote our offering of fruit in all segments, from the smallest to the largest sizes, always with great emphasis on quality,” added Diego de Luca of Alegra.

Product qualification is also the central theme of an activity launched by Oranfrizer in Canada to boost sales of the Sicilian blood orange, focusing on both fresh fruit and freshly squeezed juice.

“We are carrying out an important programme to raise the profile of the blood orange throughout the world in an endeavour to make the values of this extraordinary product perceptible, both from a sensory and taste viewpoint and from a nutritional viewpoint,” stated Salvo Laudani of Oranfrizer.

“The Sicilian blood orange is a specialty product with a strong regional identity, which is an important value for an ethnic market such as that of Canada,” added Mr Laudani.