A new campaign from VLAM aims to modernise the image of the vegetable, with global chefs creating their own recipes 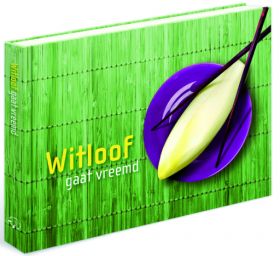 The 'Chicory spreads its wings' autumn campaign has kicked off in Belgium, seeking to update what VLAM (Flanders' Agricultural Marketing Board) sees as "the rather tired image" of the vegetable.

According to VLAM, 10 chefs from all over the world have created their own recipes featuring chicory, from sushi to a cocktail, all of which are available on a website and in an 80-page book.

The main objective is to capitalise on the originality and versatility of chicory to appeal to the 25-49 age group, VLAM said.

"The campaign aims to diversify away from the original, traditional winter character by using contemporary, trendy and accessible ideas and dishes," it added.

Shoppers buying chicory also have a chance to win one of 10,000 chicory books via a sticker campaign on small packs of Belgian chicory.

"All the campaigns can be readily identified thanks to the fresh logo," VLAM revealed, "which has a head of chicory transformed into a rocket, ready to conquer the world."