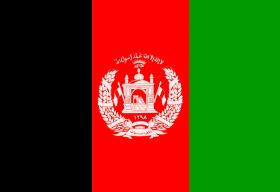 The availability of pomegranates has been greatly improved in Zabul Province, just in time for the new harvest in Afghanistan, according to US army journalist Sgt Francis O'Brien for Dvids (Defense Video & Imagery Distribution System).

The report states that, following a joint US-Afghan National Army operation, the road between Qalat and Mizan has now been opened, enabling fruit vendors to fill their stalls once again.

Reportedly timed to coincide with the new season, the operation has enabled vendors to take advantage of the new pomegranate harvest, which is bountiful thanks to early rains and unusually warm weather.

In addition, since the road is safer, Mizan vendors are reportedly receiving better prices for their products, while others have started up a pomegranate taxi service to transport the fruit to the market.

The journey from Mizan to Qalat once took four to five hours, according to Mizan District Governor Mohammed Zareef, whereas it now lasts just one hour.