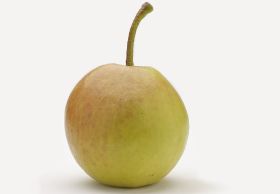 Piqa Reo will be planted in the UK next year

Australasian topfruit development and marketing group Prevar has signed an exclusive deal with UK importer Worldwide Fruit to sell its new range of Piqa-branded products in the country.

The fruits, which are unique crosses of European, Japanese and Chinese pears, are said to offer striking skin colours and shapes, as well as crisp, juicy and tasty eating quality, exceptional storage and shelf-life with the same ready-to-eat convenience of apples.

The agreement will see the New Zealand-based firm's Piqa trademark used as both an umbrella brand name for the new collection and also, through the addition of suffices, as each individual cultivar’s trademarked moniker.

The essential brand message “delightfully exotic” aims to capture the excitement around combining the best elements of western and eastern pears.

Worldwide Fruit will enjoy the exclusive right to test all Piqa-brand cultivars at a number of UK sites, before having first refusal on option licence agreements for the cultivars of their choosing.

Tony Harding, technical director at Worldwide Fruit, confirmed that small quantities of Piqa Reo, a shortened, conventional piriform fruit with a yellow-green colour and light orange-red blush, will be made available in 2015, with further commercial selections to follow.

Around 15,000 trees bearing this first selection are due to be planted next year to supplement the initial volume.

“Worldwide Fruit has been monitoring breeding developments with these novel fruits for several years and we are delighted with the agreement that has been reached with Prevar,” he commented. “We think that there are excellent commercial opportunities for these new exotic fruits.”

Dr Brett Ennis, chief executive of Prevar, revealed there are currently more than a dozen “very attractive” cultivars currently either in quarantine or in foundation nurseries in Europe.

“Six of these selections have also been identified for further pre-commercial testing in New Zealand and Australia,” he told Eurofruit. “All of these are third-generation hybrids that have a combination of European, Japanese and Chinese pear in their parentage and are all leaf-resistant to pear scab.

“Five of the six have full red fruit skin colour, two are round, one has a short piriform shape and the other three have an intermediate shape. They each have fruit skin that has a low susceptibility to scuff and have so far shown high fruit quality attributes after 12 weeks’ cold air storage and a shelf-life between two and three weeks.”

He added: “All six selections develop a pear flavour after storage, one with tropical overtones and another can develop a coconut flavour.”

Prevar revealed back in November that it would begin marketing another selection, Piqa Boo, in Australia and New Zealand this year.