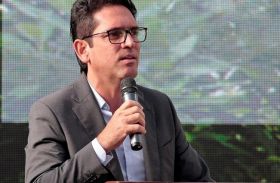 South Korea and China have the potential to become important markets for Colombian agricultural products including avocados, exotic fruits and pork in the years ahead.

Agriculture minister Juan Guillermo Zuluaga said expanding access to these markets through closer trade ties was a top priority for the Colombian government.

“The entire continent of Asia has an appetite for Colombian agricultural products, because they are of excellent quality and 100 per cent healthy,” Zuluaga said in a press release.

Trade links between Colombia and South Korea have strengthened during the past seven years and Colombia is now looking to gain access for a number of fruits under the auspices of the Free Trade Agreement signed by the two countries in 2016.

According to government figures, Colombian exports to South Korea grew 44 per cent since 2010, reaching US$104m in 2017.

Zuluaga added that Colombia could not afford to ignore a market as big as China.

Leading importers from China and South Korea will be speaking at Fruitnet Forum Colombia, the brand new conference and networking event organised by Fruitnet Media International.

Producers, exporters, marketers and buyers will have the opportunity to shape the future of Colombia exports at the two-day event which takes place in Bogotá on 26-27 June.

As guest country at this edition of the fair, Colombia had the chance to showcase its fresh fruit offer in Europe, another key strategic market that Colombia is looking to develop in the future.

Presenting an overview of the progress made in the past eight years by president Juan Manuel Santos, who is due to step down after Colombia’s presidential elections on 27 May, Zuluaga said a rise in agricultural exports had boosted the country’s GDP and helped reduce rural poverty.

Around 290,000 new jobs had been created in the agricultural sector in Santos’s two periods in office.

Agriculture was the fastest growing sector of the Colombian economy in 2017, increasing by 4.9 per cent compared to overall economic growth of 1.8 per cent.