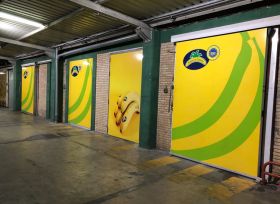 Hermanos Fernandez Lopez (HFL) has acquired Seville-based wholesaler Sevimpor for €1.65m, in a deal that will strengthen its presence in southern Spain.

Gruppo Orsero, which owns HFL, said the deal was part of the company’s plans to expand its wholesale distribution network in the Iberian Peninsula.

Sevimpor specialises in the ripening of Canary Island bananas and counts retailers and wholesalers among its customer base. Last year its generated sales of more than €9m.

“The Sevimpor management team, with extensive experience in the sector, will continue to lead the operation to implement the marketing of the entire Fernandez product range in southern Spain,” Fernandez said.

“Furthermore, it will be able to coordinate the redistribution of all the fruit that enters through the ports of Algeciras and Seville.”

The deal is expected to be completed by January 2019.