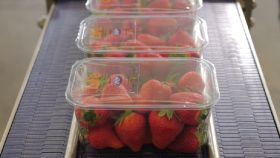 Italian packaging specialist Ilip has opened its first warehouse operation in Spain as it bids to create a closer connection with customers in a country that has seen strong growth in demand in recent years.

The company, which has also established a new Spanish subsidiary called Ilip Embalajes, said the new 5,000m2 facility in Alicante would ensure better distribution of its products throughout the Iberian Peninsula, which has become the company’s second-largest market after Italy following significant expansion in the past few years.

The centre is expected to dovetail neatly with Ilip’s existing network of depositories across Spain: Alicante was apparently chosen as an ideal location to connect production plants in Italy with Spain’s main produce harvesting and packing regions.

“The opening of ILIP Embalajes in Spain is in line with our effort to be as close to our clients as possible, ready to meet their demands in a flexible and quick manner,” explained Nicola Ballini, ILIP's general manager.

“The Spanish produce market is very dynamic, with a definite leaning towards exports. This is why we can provide not only our products, but active support to develop innovative, personalised solutions that protect produce and make them more visible and attractive in the markets.”

Ilip’s arrival in Spain marks the latest step in its European expansion strategy, which has also seen it appoint resident regional managers for the UK & Ireland, northern Europe and central Europe.