Capespan cracks down on IP 'theft' 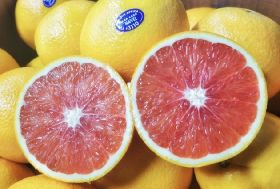 South African fresh produce company Capespan has won a significant legal case against former staff members whom it had accused of unlawfully obtaining confidential information about its growers, customers and service providers.

The Western Cape division of South Africa's High Court ruled in favour of the exporter after it brought legal proceedings against a company called Kingfisher Fruit and five former employees, taking into account evidence that reportedly included almost 200 emails spanning a period of several months.

According to Capespan, the defendants had sought to use the information to gain an unfair competitive advantage over their former employer.

In a settlement document issued by the court and forwarded by Capespan to Fruitnet late last week, the ex-employees were ordered to return and dispose of certain documents found to belong to Capespan South Africa – including fruit supplier agreements, shipping rate information, planting and production volumes, and other notes relating to citrus sourcing and commercial operations – within three days of the 18 January ruling.

Named as 'respondents' in the document alongside Kingfisher Fruit itself are Henrik Van der Merwe, Marelize Auret, John Taillard, Abraham Van Zyl and Lean van Biljon (not to be confused with Capespan's former CEO for fruit, Leon van Biljon, who left the company six months ago).

'Victory for the industry'

In a letter penned in response to the ruling, Capespan's commercial executive for Africa Charl du Bois described the victory as "a victory for the fruit industry as a whole'.

"These individuals simultaneously and secretly, and whilst some of them were still in our employ, approached our growers and market customers for funding and volume undertakings on behalf of Kingfisher Fruits and attempted to entice other Capespan employees to join them," he commented.

"Their actions were clearly an attempt at self-enrichment through the use of unlawfully acquired Capespan intellectual property which they obtained by the abuse of their positions of trust and confidentiality, at the expense of Capespan, our suppliers and market customers. Their actions further amounted to a breach of their employment contracts and their responsibilities owed towards Capespan."

Asked why it had opted to raise awareness of the legal case more widely, Du Bois said Capespan was determined to use the opportunity to assure its commercial partners that it would "take all necessary steps" to protect their common interests.

"We also want to give you the assurance that the Capespan business is well geared for 2019 and beyond," he added. "The majority of the vacant positions created by the handful of individuals involved have already been filled and our citrus, [topfruit] and grape teams in conjunction with our global sales, operations and support services are fully staffed for the year ahead."

Established as a business around 80 years ago, this year marks two decades since the Capespan name was created through the merger of Outspan and Unifruco.

Kingfisher Fruit declined to comment on the outcome of the case.