Rafael Berrocal takes over from Francisco López, who oversaw the introduction of the retailer’s new supplier model 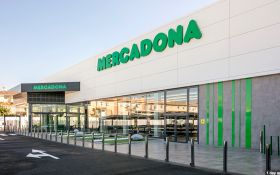 A report in the Spanish newspaper El Confidencial said the retailer agreed to the departure of Francisco López, who had been with the company for more than 10 years, at the start of the year.

He is replaced by Rafael Berrocal, who until now was in charge of the meat and seafood division.

López was one of the architects of Mercadona’s move from a centralised purchasing model to one of direct agreements with local producers. In the past four years, the number of fruit and vegetable suppliers has risen from 40 to around 350, now called specialists of ‘totallers’.

The newspaper quoted sources close to the retailer who said López’s departure from the company was “mutually agreeable following a period of growth, development and modernisation of the company’s fruit and vegetable division”.

Mercadona is due to present its results for 2018 on Tuesday following its annual general meeting last week.

According to an earlier forecast from president Juan Roig, the company was expected to close the year with a 2.5 per cent increase in sales, putting it on course to achieve a gross turnover of €23.5bn including VAT and profits of €330m.

The company has embarked on a significant expansion programme that includes new store openings in Spain and Portugal and the launch of its online store, and Roig warned that these new investments would continue to impact profits until 2019. Last year alone, investments totalled €1.5bn.