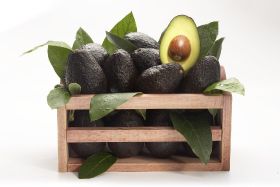 US consumers will be paying more for Mexican produce from next month after President Donald Trump threatened to impose new tariffs on Mexico unless the country does more to clamp down on illegal immigration to the US.

On Thursday Trump said he would impose a 5 per cent tariff on all goods entering from Mexico from 10 June, gradually rising to 25 per cent by October. In an announcement made via Twitter, the president said the tariffs would remain in place “until such time as illegal migrants coming through Mexico, and into our country, STOP”.

Avocado prices have already almost doubled in the past two months after Trump previously threatened to close the US border with Mexico. Berries and asparagus will also be affected as US firms pass on the costs of the penalties to consumers.

Mexico is the leading supplier of agricultural products to the US, with exports totalling US$26bn last year, and there are fears that Trump’s latest move could derail negotiations for the revised North American Free Trade Agreement.

Mexican president Andrés Manuel López Obrador immediately stated that he did not want confrontation, and that leaders had a responsibility to seek peaceful solutions to disputes.

In a letter addressed to the US president, López Obrador said that social problems “are not resolved with taxes or coercive measures”.

López Obrador requested that US and Mexican officials begin meeting on Friday to discuss how to “reach an agreement for the benefit of both nations.

Trade analysts warned that damage the Mexican economy resulting from a trade war would lead to more of its citizens trying to cross the border to find work in the US.

“Mexico is our friend and neighbour, a partner in trade and security,” said Glenn Hamer, chief executive of the Arizona Chamber of Commerce and Industry. “The president’s announcement is baffling and, if carried out, will be terribly damaging.”