Following the killing of a black shopper by Carrefour security guards, chief executive Alexandre Bompard has called for a complete review of employee training 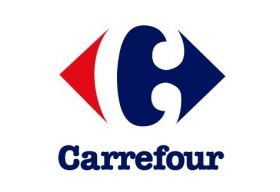 Protests swept across Brazil last week after a 40-year-old black man shopping at Carrefour was beaten to death by white security guards in the southern city of Porto Alegre.

The victim was identified as Joao Alberto Silveira Freitas, who had been shopping with his wife prior to a disagreement with checkout employees, according to local media.

Footage of the killing quickly went viral, sparking a series of protests, many of them inside and outside branches of Carrefour. The demonstrations forced the chain to close in Rio de Janeiro, according to Bloomberg, while police launched tear gas against protesters in Porto Alegre.

The retailer’s France-based chief executive, Alexandre Bompard, said the images were “unbearable” and promised to go beyond the “insufficient” steps already taken by the group’s Brazil branch.

Carrefour had already stated that it would terminate its contract with Vector Segurança, the security company that provided the guards, dismiss the store manager on duty at the time of the incident and close the store as a mark of respect.

“These measures do not go far enough,” Bompard said. “My values, and the values of Carrefour, do not allow for racism and violence.”

He called for a complete review of employee training on security, diversity and tolerance.

“I have asked the teams of Carrefour Brazil to fully cooperate with judicial authorities to get to the bottom of this odious action,” he said.

The killing occurred on the eve of Black Consciousness Day in Brazil, with Carrefour confirming it would donate Friday’s sales revenues to entities fighting for Black consciousness.

This is not the first time that protests have erupted against Carrefour in Brazil this year. In August, when sales representative Manoel Moises Cavalcante died of a heart attack in a store in Recife, his body was covered with umbrellas while the store remained open for business, causing international outrage.

In 2018, a Carrefour security guard killed a dog at a store in Sao Paulo state, sparking local demonstrations.