After lengthy negotiations, Colombia avocado producers have carried out their first shipments of the fruit to Europe 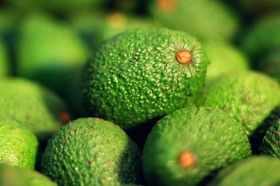 Colombia has this week carried out its first shipment of avocados to Europe, with two containers shipping over 21 tonnes of fruit to customers in the Netherlands.

Following lengthy negotiations, the shipments were send earlier this week from the port of Cartagena to three customers in the Netherlands, according to a report in Colombian newspaper La Patria.

Avocado producer Federico Arriola Moreno told the newspaper that although there had been previous avocado shipments from the country, there had only been for marketing purposes.

“There have been not previous exports of this kind and with an assured client,” he said.

Mr Moreno said the European buyers had shown great interest in the products and could be ready to order as many as 10 weekly container-loads of avocados.

However, he cautioned that at the present time this would not be possible without a substantial investment in new packhouse facilities.