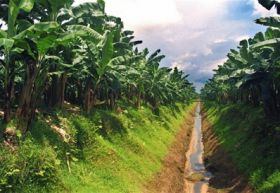 In a statement published this morning, the company confirmed it had agreed a deal to acquire all of the shares in banana producer Desarollo Agroindustrial de Frutales, pineapple producer Frutas de Exportacion and an affiliated sales and marketing company, collectively known as Caribana.

The transaction is set to further strengthen Fresh Del Monte's position as one of the world's leading fresh produce companies, bolstering its position as a major supplier of bananas and pineapples to existing North American and European markets and enabling it to target new sales opportunities.

"We are enthusiastic about the financial and operating advantages that the acquisition of Caribana creates for Fresh Del Monte Produce, and ultimately, our customers and shareholders," said Mohammad Abu-Ghazaleh, Fresh Del Monte's chairman and chief executive officer. "Caribana is a natural fit with Fresh Del Monte. Their products perfectly mirror those that we currently offer."

"Efficiency is an ongoing key area of focus for Fresh Del Monte and we believe this transaction is a huge win, particularly in the current economic climate. This deal enhances Fresh Del Monte's position to capture the attractive opportunities that we have in markets around the world as we aggressively strive to capitalize on rising demand for high-quality, healthful, wholesome and nutritious fresh fruit," Mr Abu-Ghazaleh said.

The acquired gold pineapple production, meanwhile, is estimated to be approximately 11m boxes per year.

As a result of the acquisition, Fresh Del Monte's current land holdings in Costa Rica have increased by approximately 13,000ha of quality farm land. As part of the the transaction, Fresh Del Monte also acquired state-of-the-art packing facilities, as well as modern farming equipment.