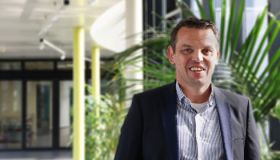 "After seven great years as director of Valstar and the Best Fresh [group] I have recently decided to leave the company," he said in a post on LinkedIn, confirming he would be departing at the end of October.

"This summer I took the time to think about my ambition and to do some reflection," he explained.

"I have decided that I am ready for another phase in my career. I can look back at a very enjoyable and successful period in my professional life and would like to thank everybody I have worked with over the last years."

He added: "Together we have achieved great results and I am more than convinced that towards the 100-year anniversary of Valstar Holland more successes will follow."