The country's grapefruit industry has significantly dropped its sesonal estimate 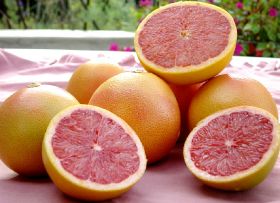 “Exporters of citrus need to be mindful that disruptions to terminal operations can erupt at any time until the end of the Covid-19 pandemic," the group stated.

“One may be able to use conventional reefers to certain limited destinations, but one container vessel in one week can carry five to six times more pallets than four of five reefers," explained one source. "What is more, is that these containers can be delivered door to door and this really put the matter into perspective."