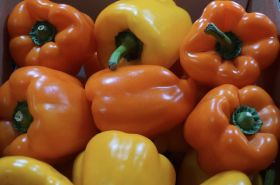 Spain's fresh fruit and vegetable exports for the January-August period saw a year-on-year boost in value, according to the national General Directorate of Customs.

The figures, processed by Fepex, showed that fresh produce exports increased 8 per cent in value to €10.1bn when compared with the same period of 2019.

However, exports dropped off in volume through the eight months, down 5 per cent to 8.8m tonnes.

Vegetable exports climbed 4 per cent in value to €4.13bn, but fell 1.5 per cent in volume to 3.7m tonnes, with peppers, tomatoes, lettuce and cabbage the most exported products.

Fruit exports jumped 11 per cent in value to €5.98bn, driven by the citrus category and growth in stonefruit, although strawberries dropped in both volume and value.