How healthy really is fruit juice? 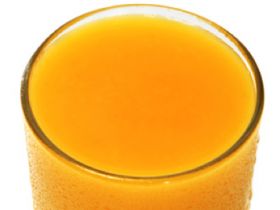 Recent scientific studies and a new government-sponsored documentary in the US have questioned the health benefits of drinking fruit juice, according to Indiana-based newspaper The Republic.

"Juice is just like soda," said pediatric obesity specialist Robert Lustig in documentary 'Weight of the Nation', which was produced in conjunction with the Centres for Disease Control and Prevention. "When you take fruit and squeeze it, you throw the fibre in the garbage."

Researchers highlight the fact that calories and sugar delivered in liquid form do not trigger feelings of fullness and can therefore cause excess consumption.

Drinks maufacturers have disputed the claims that obesity is linked to the consumption of fruit juice. Meanwhile, persuading consumers has reportedly been tough.

"It's not so difficult to convince a family that soda really has no nutritional benefits," said Dr Elsie Taveras, a pediatrician and co-director of the Obesity Prevention Programme at Harvard Medical School, in the documentary. "It's harder to convince families that juice can have almost exactly the same sugar content as a glass of soda."

Barry Popkin, global nutrition professor at the University of North Carolina, added that it had taken around a decade to fully understand the role of fruit juice.

"In many countries, soft drinks companies have fought hard to replace soft drinks with fruit juice (made by juice companies they bought)," he said, "but the research has shown fruit juice has the same effect as soft drinks on our health – all adverse, negative and fairly severe."