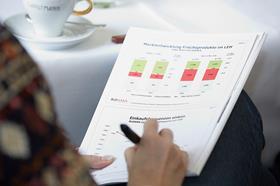 The value of fresh fruit and vegetables sold in Austria grew strongly last year as a notable upturn in consumer demand helped to boost the value of the country’s food market.

That’s according to new data published by marketing organisation Agrarmarkt Austria (AMA) as part of its analysis programme RollAMA, which highlighted a notable increase in domestic household spending over the course of the year.

The total value of the Austrian fresh produce market was 8 per cent up on the previous year’s figure at €1.2bn, with the volume sold also up 3.5 per cent to 592,000 tonnes.

For fruit, growth was slightly more pronounced at 9 per cent year on year, taking the sales value to €588.2m despite the volume sold being largely in line with the average for 2011-2015.

For vegetables, sales were 7.9 per cent higher than in 2014 at €541m, again with a steady volume compared with the previous four years.

However, in terms of their overall share of the Austrian grocery market, fresh fruit and vegetables (including potatoes) lost out to other categories such as meat and dairy, falling to 18.3 per cent of the total basket value against 20 per cent in 2014 and 21 per cent the year before.

Where growth did occur for fresh produce, this was more pronounced in modern retail channels, which, for the first time, were responsible for more than 50 per cent of Austria’s fruit and vegetable sales.

Micaela Shantl, market researcher at AMA, commented: “It can be concluded that price alone is not a decisive purchasing factor. Fruit and vegetables’ market share has been falling for many years, yet the volume purchased is increasing.”