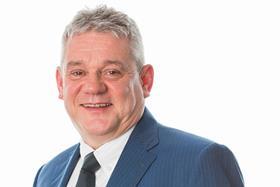 Barmans himself will reportedly be taking time out to 'pursue some personal projects' before making a decision on his future plans.