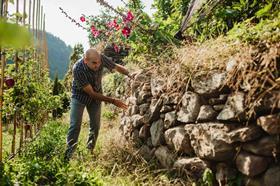 VIP, the Val Venosta Cooperatives Association, says a project to gauge the impact of its members’ biodiversity measures is already yielding positive results.

The Orchard habitat questionnaire was developed in collaboration with the South Tyrolean Advisory Service for Fruit Production and Winegrowing, the Bioland South Tyrol association and organic farmers in the VIP and Biosüdtirol production area to help growers to gather and compare data about the ecological measures for promoting biodiversity in their orchards.

The questionnaire includes 41 single measures that are thematically summarised in nine categories and demonstrably promote biodiversity.

“Thanks to the data collected in 2020 Val Venosta’s producers can for the first time get an overview of their biodiversity measures in direct comparison with the ones of other agricultural businesses in Val Venosta,” the company said.

Around 250 producers – most of them organic – covering an area of more than 1,000ha participated in the survey, equating to almost one-fifth of Val Venosta’s total production area.

The results show that the majority of respondents have already implemented various ecological measures in their orchards.

Of those, 71 per cent have hedges in their orchards with the total area of hedges equalling about 10 football pitches; one-third had implemented flower strips and sowings in their orchards to promote biodiversity; 67 per cent offered nest boxes to help birds breed and 47 per cent provided nesting aids for flying insects in the form of so-called insect hotels.

“VIP has always focused on a natural and sustainable production. With a broad survey of various measures to promote biodiversity in the cultivation area, which is also anchored in the sustainability strategy sustainapple, VIP has now set another milestone,” the company said.

“Orchards and agricultural areas are primarily used for producing healthy food, but they are important habitats of different animals and plants at the same time.

“Protecting and promoting this ecosystem and its biodiversity is completely in line with a natural and sustainable fruit production.”