Brexit: many questions left to answer 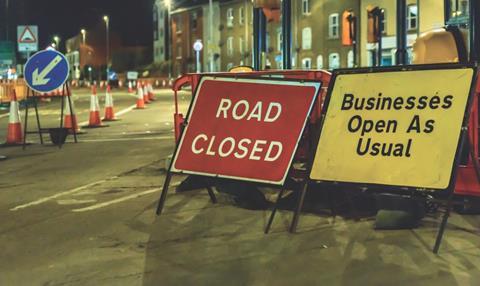 As part of a special feature published in its March 2019 issue,Eurofruit spoke to Freshfel Europe’s general delegate Philippe Binard and the group’s policy advisor on trade and food safety, Natalia Santos-Garcia, to gauge their views on Brexit's potential implications for the fresh produce business.

With 29 March fast approaching, there is a staggering lack of clarity when it comes to the kind of Brexit outcome Europe’s fresh produce business can expect. How do you assess the situation as the UK heads for the door?

Philippe Binard: Well, the most desirable outcome is one where there is certainty in the trade, because nobody knows what the market condition will be at the end of March. It has implications for duties, logistics and currency, and these points alone are crucial.

If we take trade from Europe to the UK – and it might be different with imports from third countries – those involved are usually operators that have no experience in exports out of the EU. They load their truck, they go and there are no checks or documents. This will be a major problem for EU shipments, in particular with countries with bigger volumes like Spain, which represents 50 per cent of the volume exported. It will be a problem in the Netherlands as well, the second main EU supplier to the UK. Besides, most of those supplying the UK do not have that competence.

In the end though, I believe it is in the interests of all parties to find a solution. If you look at the big picture in agriculture, the EU exports €45bn of agrifood products to the UK, and the UK exports €15bn. So the EU is a net exporter in agrifood and there’s a lot of interest in keeping trading conditions as good as they can be.

One of the biggest questions about the new trading relationship is whether or not to create a customs union, because in theory this would preclude free trade agreements with other nations. What’s more, forging a free trade agreement is fraught with difficulty because of the situation in Northern Ireland. Do you agree that a deal might include some kind of special solution for that border with Ireland?

Natalia Santos-Garcia: You could have relaxation, but [the border] will still exist. Even in a customs union there is still a need for regulatory checks, so in any case it doesn’t solve the issue of a hard border. Even in the ‘backstop’ solution proposed in the Withdrawal Agreement, there will still be a need for regulatory checks between Northern Ireland and the rest of the UK, as well as between the EU and the UK.

Even if there was agreement that the UK remained exactly aligned with all EU standards, would the border still apply?

NSG: That’s another agreement on top of the customs union. That would basically mean remaining in the single market.

PB: This would imply that the UK remains in the single market and customs union, adhering to both the EU trade policy (FTAs) and all EU standards, as well as contributing to the EU budget and accepting the jurisdiction of the Court of Justice of the EU. This seems unlikely, as it goes against the ‘take back control’ argument for Brexit. If I ‘take back control’ but I cannot negotiate free trade agreements, and I cannot change my legislation, what ‘control’ have I taken back? It would be an awkward situation, going from being actively part of the process, as the UK was until now, to this.

Some say the two sides just need to think more creatively. Do you agree?

PB: Well, creativity is restricted by the legal constrains and economic factors at stake given the volumes of trade involved and existing trade structures. Some inspiration could be found in existing arrangements, like the one the EU has with Switzerland, Norway or Canada. Technological progress and digitalisation of procedures can also help. However, in previous free trade agreements and similiar deals, not all products were liberalised, notably agricultural goods. We need to wait for the UK to define its preferences with regard to the available options.

Do you think people in the fresh produce business have a good understanding of what is potentially going to happen?

PB: From the sector, there has been a lot of movement between the different forwarding agents to find a correspondent in the UK and get prepared for all scenarios. The fresh produce business in general could be well prepared as it is used to repositioning itself, for example when we had the Russian ban.

In this case, however, the sector can only be ready if the administration is also ready. If there is a customs schedule, then there are documents. We have often used the example of a truck coming from Spain where you have five suppliers with ten different products and five customers in the UK; if you have to start producing paperwork truck by truck, it’s a nightmare. You need to actually produce the paperwork and make sure the documents are issued and verified.

Also, the sector’s ability to prepare is limited by the level of certainty available and the timing. We don’t know how complex these processes will be – is it just a certificate of origin, does it need to include phytosanitary documents or other safety documents – and what will the UK request? In principle, there has been the Great Repeal Act, meaning that on the day after Brexit every [piece of EU legislation transfers to UK law]. But still, when you suddenly become a third country, what does that mean? The rules aren’t exactly the same.

Do you mean WTO rules?

PB: Yes, compliance with WTO rules and Most Favoured Nation (MFN) provisions and schedules will be relevant, but I am also referring to rules governing the single market, like marketing standards, pesticides, organics, labelling or plant health legislation. What will be the rules applying to EU-UK trade after Brexit?

If the UK leaves without a deal, what do you see as the biggest hurdles for the fresh fruit and vegetable business to overcome?

PB: I think the main problems will be logistics and extra costs, because tariffs will apply with an additional potential implication due to the change in value of the pound. The UK was taking around 10 per cent of intra-EU trade movement and will probably maintain the same demand for produce. However, for UK customers problems might occur if there is a shortage, as producers and shippers would then favour remaining in the single market rather than exporting to a third country.

Last winter, there was a shortage of vegetables due to frosts across the whole of southern Europe, and most producers decided to remain in the eurozone instead of supplying the UK market due to the weaker pound.

Which UK imports will be subject to tariffs in the event of no deal?

(Editor's note: the UK has since announced that it will zero the majority of its import tariffs temporarily in the event of no deal, meaning all but a very small number of imported fruit and vegetable products– bananas being a notable exception–will enter the UK duty-free).

PB: In principle, all of them. When you talk about WTO rules, this means these tariffs should apply equally to all third countries. The UK can copy the EU tariff, so the EU will have to apply the full external tariff on the UK and vice versa. The UK will also lose the right to enjoy the preferential tariffs negotiated by the EU. This includes the one negotiated [by the EU] with South Africa or countries in Latin America or the Mediterranean. It will have to negotiate its own preferential agreements.

I think there is a lot of complexity, but on average for fruit and vegetables you could say that the tariffs on UK imports will be between 10 and 20 per cent depending on the product imported. This is not just for EU produce, but also for anything originating in a non-EU country, until such time as the UK negotiates individual free trade agreements for itself.

One option under consideration in the UK is to implement a so-called ‘double zero’ with any country around the world on a temporary basis. Could that help?

PB: This is one option but I don’t know technically how this could be done, maybe by notifying the WTO that everyone is welcome to the UK without tariffs. But I am not convinced that all industries in the UK would be very pleased about this.

So under a no-deal Brexit, will the UK be able to maintain free access for those products it imports in great quantity from the EU, like apples or citrus or lettuces? Or could it perhaps do the opposite and drop the tariff for other countries outside the EU to encourage more supply from there?

PB: No, that would challenge one of the principles of the WTO, which is the MFN clause. The UK cannot say, for example, “Well, we’re friendly with this Commonwealth country so for them it’s a double zero immediately, but not for the others.” Countries can make free trade agreements, of course, but when you do so, you have to respect the basic rules of the WTO, which means you have to cover at least 85-90 [of the existing trade] on a symmetric basis. You cannot unfairly discriminate. You cannot just say you like a particular commodity from one country and do a deal. You need to negotiate a comprehensive agreement.

NSG: You cannot just cherrypick certain elements, because that would be discriminatory. You have to negotiate a full FTA covering all or most of the trade. That’s very complex. 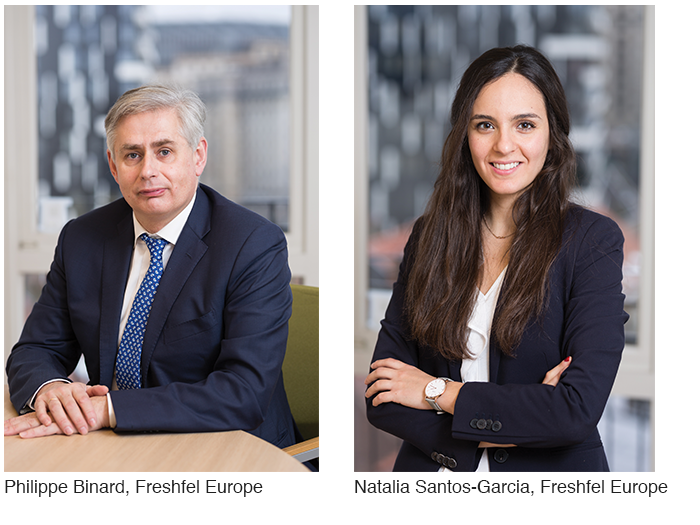