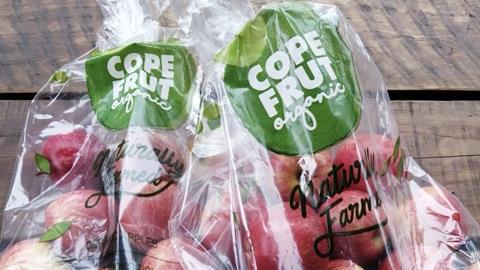 Copefrut Chile has obtained CarbonNeutral, the most internationally recognised carbon neutrality certification from Natural Capital Partners, for the transportation of its organic apples for the second consecutive year.

The certification covers the sea and land transport of Copefrut’s organic apples to the US and European markets. The 3,885 tonnes exported is equivalent to a full load of more than 120m mobile phones or more than 500,000 litres of gasoline consumed.

Eduardo Holzapfel, manager organics category at Copefrut, said: “We are part of a globalised world and many of the producers we work with have certain concerns about the environmental impact of our products.

“Europe and the US are key markets for our apples, and with their growing focus on sustainable sourcing, made for a logical path to move towards new certifications and an increasingly sustainable agriculture, which is a fundamental pillar for the company.”

Copefrut now plans to go a step further, initiating the calculation of emissions from the entire production process from the fields to the packinghouse.

According to Carboneutral, a pioneering Latin American compay in the development of climate change strategies, “carbon footprint management of the supply chain is the next step for advanced companies that understand that the impact of their suppliers can represent between 60 and 80 per cent of the company’s carbon footprint”.

Holzapfel stressed that it is not just a matter of consuming energy and then compensating for its use, but understanding where the greatest impacts could occur in terms of CO2 reduction.

“We want to carry out a diagnosis to work not only on compensation, but also on reduction, which can only be achieved if we understand the emissions of the entire chain, allowing us to disseminate this to the rest of the organisation,” he explained.

Copefrut has worked collaboratively with several of its producers on this initiative.

“We grew up believing that agriculture fed humanity and at the same time consumed carbon dioxide with our crops and plantations, but we have not realised that associated with each food there is a network of carbon emissions that we must consider and offset,” said Pilar Browne Salas, of Agricola Maquihuano, a key grower for Copefrut.

“It is an encouraging step for us producers that companies like Copefrut push such initiatives and are willing to show us their results and research.”

This rectification and initial diagnosis of emissions in the entire supply chain are part of a comprehensive sustainability strategy that the company has been developing for several years, which also includes energy efficiency actions and the creation of the Materials Recyclability Index, challenges that seek to contribute responsibly to the Kyoto and Paris agreements and the 2019 Climate Action Summit.

Measuring and offsetting carbon footprint has become common in some industries, but less so in the agricultural sector.

Upon measuring the impact, compensation was made through the purchase of carbon credits to support the following projects: the protection and conservation of the Amazon rainforest in Brazil, a wind farm located in Chile and a global portfolio of various renewable energy projects that are vital to reducing greenhouse gases.

Copefrut said it would like more fruit producing companies to join this change, because it firmly believes that the sustainable future of agriculture depends on the efforts we make today.

“We must align ourselves across the industry in how we do things and where we are going. Measuring our impact and knowing our weaknesses is the first big step to the sustainable improvement of the fruit industry in general,” Holzapfel said