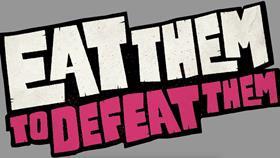 Dole has confirmed its 2022 sponsorship of the award-winning 'Eat Them To Defeat Them' healthy eating campaign in the UK.

Eat Them to Defeat Them takes the unique and unusual approach of agreeing with children that vegetables are evil. Not just evil, but taking over the world – and the only way to beat them, is to eat them.

The 2021 campaign evaluation found that just over three-quarters of kids confirmed they found it fun, with nearly 60 per cent of children who participated in schools claiming they ate more vegetables as a result.

The £3m campaign launched on Saturday night (12 February) with the advert shown during the finale of The Masked Singer on ITV.

In 2021, the campaign reached 43m Britons and the aim this year is to reach 70 per cent of UK households with primary school-aged children.

The campaign's schools programme will launch just after the adverts have appeared in primetime family viewing slots and will run for five weeks, with a different vegetable featured each week.

“This is our second year supporting this incredibly worthwhile campaign,' said Vincent Dolan, head of corporate communications at Dole. 'By bringing fresh produce to primetime, and by doing so in an innovative and fun way, Eat Them To Defeat Them fundamentally challenges children’s perceptions of vegetables – a process in which we in Dole are very proud to be able to play our part.”