EU fruit and veg producers back Farm to Fork 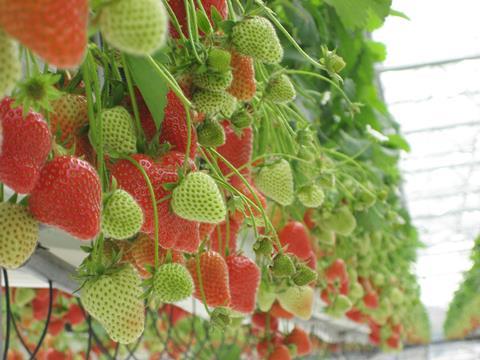 More than 1,500 fruit and vegetable producers across Europe, with a combined annual turnover of around €20bn, have committed to supporting the European Commission’s Farm to Fork Strategy while also calling for the project to be made as “accessible, realistic and fair” as possible.

In doing so, one of the driving forces in the European fresh produce business has promised to protect the environment, address climate change, and ensure that the food it supplies is both safe and sustainable.

At a meeting convened by Italian apple association Assomela during the recent online event Interpoma Connects, several of the continent’s leading fresh produce cooperatives signed a landmark position paper in the form of a joint letter.

The signatories were: VBT in Belgium, Felcoop in France, BVEO and DRV in Germany, the Alliance of Agro-industrial Cooperatives (ACA) in Italy, Agri-food Cooperatives Spain (ICA) and KZGP0iW in Poland.

Also attending the meeting were MEPs Herbert Dorfmann and Paolo De Castro, as well as representatives from the European Commission’s Directorate General for Agriculture and Rural Development.

The cooperatives agreed in writing to adopt a common position on the Farm to Fork Strategy, a policy which forms a central part of the European Green Deal to make food systems fair, healthy and environmentally friendly.

In the letter, they outlined various suggestions on how the fruit and vegetable industry might help make such a strategy a reality.

They also reflected on a potential loss of competitiveness in the European fruit and vegetable business that could arise in the process of achieving objectives set by the Commission – objectives which ultimately are designed to be enshrined in EU legislation.

The cooperatives said they shared and supported all of the objectives set out in the Farm to Fork Strategy, pointing out that they had already reduced the use of pesticides and ramped up environmentally friendly practices over the past few decades.

'We producers are the first to support the need to reduce the use of chemicals,” commented Davide Vernocchi, fruit and vegetable coordinator at ACA, “for the simple reason that we are in fact the first beneficiaries of a more sustainable environment, our work environment being the agricultural field.”

However, concerns remain over the potential impact on profitability and fruit and vegetable crop biodiversity that a targeted 50 per cent reduction in the use of plant protection products could have on European growers.

As Vernocchi explained, a preventive impact study was essential. “The search for alternative methods in the field of crop protection is a very slow process, often still lacking in efficiency,” he said. “Hence the need to strengthen the role of public research and innovation.”

The joint document suggested that additional controls on imports from third countries be adopted, to ensure that all fruit and vegetables entering the EU satisfied the same environmental, social and health standards required for European products.

The cooperatives also reflected on the role played by organic production, observing that it was “not the only sustainable production method” and that integrated production, as well as organic checks and international sustainability schemes had a role to play in safeguarding the right quality of supply.

The EC’s own position is clear: “Food systems cannot be resilient to crises such as the Covid-19 pandemic if they are not sustainable. We need to redesign our food systems which today account for nearly one-third of global GHG emissions, consume large amounts of natural resources, result in biodiversity loss and negative health impacts (due to both under- and over-nutrition) and do not allow fair economic returns and livelihoods for all actors, in particular for primary producers.”

It added: “Putting our food systems on a sustainable path also brings new opportunities for operators in the food value chain. New technologies and scientific discoveries, combined with increasing public awareness and demand for sustainable food, will benefit all stakeholders.”