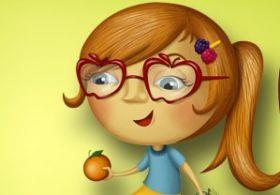 Figures analysed by the European Commission's Advisory Group on Fruit and Vegetables, have revealed a sharp downturn in the amount of money being invested in school fruit schemes across the European Union.

The group, which represents producers, manufacturers, traders and other interested parties from across the industry, found that planned investments for the 2010/11 school year – the second year that the scheme has been running – are going to fall in the UK, Germany, France, Netherlands and Spain.

Its investigation found that the biggest decrease in spending highlighted for the coming school year would be in the UK, where the country's school fruit scheme is reportedly set to receive an EU investment of €1.2m, significantly down on the €11.1m it received for 2009/10.

Under the rules of the scheme, the European Union's funding contribution must be matched by an equal sum from the fresh produce sector in the country in question.

The Netherlands and Spain have both applied for smaller allocations, which will fall 28 per cent and 14 per cent to €2.1m and €6.1m respectively.

In contrast, Italy is poised to see the largest increase in EU funding for its national school fruit scheme, expanding the project with some €20.2m of European funding compared with €9.5m last school year.