At COP27 Climate Conference, ’The Last Banana’ will warn delegates and governments alike that the future survival of the fruit is at risk

Fairtrade International is set to launch the world’s first Non-Fungible Banana, or NFB, in an effort to spotlight the increasing threat climate change poses to food products and the livelihoods of the farmers and agricultural workers who grow them. 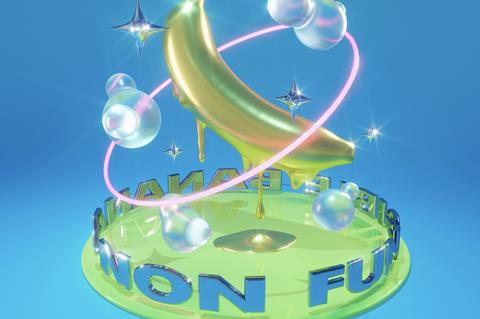 Dubbed ’The Last Banana’, Fairtrade’s NFB, which differs from a Non-Fungible Token in that it is not commercially accessible and does not rely on energy-intensive processes for production, will be unveiled on 10 November at the United Nations Climate Change Conference (COP27) in Sharm El Sheikh, Egypt.

It will be on view at the event’s FAO Pavilion as a ”definitive warning to visiting delegates that the future of the global food system hangs in the balance”.

The Last Banana will also be accessible to audiences in over 21 Fairtrade markets as Fairtrade organisations around the world encourage viewers to visit the NFB’s virtual gallery space online.

“The Last Banana is Fairtrade’s call to the world that if we don’t step up and achieve inclusive and equitable climate solutions with farmers and agricultural workers at the centre of climate action, we risk losing our favourite food products forever,” said Melissa Duncan, executive director at Fairtrade International.

Bananas have an estimated global export value of US$7bn per year, with the trade at the cornerstone of many countries’ economies.

For more than 450m people around the world, bananas and plantains are vital staple crops.

”Amid the impact of climate change and the threats posed by plant diseases like Fusarium TR4, the future of bananas is increasingly at risk – a frightening reality brought out in the Fairtrade and Climate Change study released in late 2021,” Fairtrade noted.

“Farmers and workers are not only on the frontline of the climate crisis, they also have critical know-how that can mitigate and address climate risks for the benefit of humanity,” Duncan continued. “If governments fail to include them in the COP27 outcome and empower them to be the custodians of our planet’s food supply, the only future for one of the world’s most popular fruits may very well be a digital NFB.”

Representing more than 1.8m farmers worldwide, Fairtrade said its delegation would be active at COP27, calling on leaders of government and the private sector to immediately deliver on climate targets.

These include meeting the US$100bn climate aid commitment promised by the end of 2022; ensuring climate finance delivers for small holder farmers and workers by including them in the design of climate programmes; agreeing on regulations that tackle the root causes of environmental degradation, such as deforestation, by penalising non-compliance; and supporting farmers and workers with the costs of adaptation and mitigation.

“We already know that the impacts of the climate crisis are being felt by local communities in low-income countries through unprecedented heatwaves, calamitous droughts, intensified hurricanes and destructive downpours,” noted Juan Pablo Solis, Fairtrade International’s senior advisor for climate and environment.

“The unveiling of a Non-Fungible Banana is a powerful way for us to remind everyone – from global leaders to consumers – that they cannot take their favourite foods for granted,” he added. ”The current climate crisis could very well mean that the last banana is not too far away.”