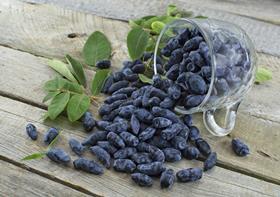 Haskap berries have the potential to improve the performance of endurance runners by a potentially game-changing 2 per cent according to new research at Northumbria University in the UK.

The berry, which is native to the boreal forests and low-lying wet regions of Northern Hemisphere countries including Canada, Japan and Russia, is very high in vitamin C, and like many purple fruits, contain high levels of antioxidants.

Glyn Howatson, Professor in Human and Applied Physiology at Northumbria University, has led research into the potential benefits of consuming Haskap berries, and their capacity to improve endurance running performance.

For more than 15 years, Professor Howatson and his team have led ground-breaking research into the effects of fruits and vegetables on human performance and athletic recovery after strenuous sporting activity.

Like some other fruits, Haskap berries are rich in dietary anthocyanins and polyphenols - naturally occurring compounds that have been shown to provide antioxidant, anti-inflammatory, and vascular benefits.

According to Howatson, Haskap berries contain very high concentrations of anthocyanins that have strong anti-inflammatory and antioxidant properties, but until now, no research has examined the potential to improve exercise performance.

After conducting a series of endurance tests on 30 male recreational runners, Howatson’s team discovered that it took longer for athletes who had consumed Haskap berries to fatigue (or reach point of exhaustion) compared with those who hadn’t.

In a subsequent test of their speed over a 5km distance, runners who had consumed the berries also saw their overall time improve by around 20 seconds.

Howatson said: “We have always been intrigued by the power of the food we eat and its hidden potential to increase our performance and improve health. These powerful little berries appear to help runners perform better during fatiguing tasks, and increasing running speed over a commonly run distance of five km.

“We saw around a 2 per cent improvement in running time performance, which is not trivial. In other words, you run about 0.25km/h quicker over the same distance.”

The study also showed that Haskap berries can improve performance, but Howatson said the mechanics behind this are not yet fully understood.

“We believe the Haskap berries might be affecting our ability to combat exercise-induced inflammation and oxidative stress or improve vascular function and oxygen utilisation or indeed a combination of the three,” he said.

“What is exciting is that this is a food that can be easily consumed, is very palatable, and has the potential to improve athletic performance in running, but also perhaps in other endurance sports like cycling.

“What we really like about these applied studies is that we are unlocking the power of fruits, like Haskap berries, to understand how they can directly benefit athletes.”

The study was commissioned by superfood company, Haskapa,which produces and distributes Haskap berry juice and freeze-dried powder products around the world.