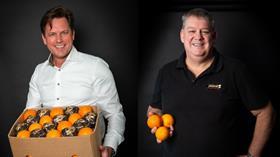 Dutch importer Jaguar the Fresh Company has confirmed it will source even more of the oranges it refers to as ‘clean citrus’ from Egypt in 2021.

Since the end of 2019, Jaguar has been championing the orange sourcing programme, which focuses exclusively on fruit that receives no chemical treatment post-harvest.

“We started some years ago with identifying the most effective way of producing, processing, packing and exporting our Egyptian oranges in a way that is free from any of the traditional post-harvest chemicals that have been used for decades,” comments Conrad Rijnhout, Jaguar’s commercial director. “Clean fruit has now become a key focus point of our commercial strategy”.

The declaration has caused some consternation among some of the company’s Dutch rivals, who argue that referring to ‘clean’ oranges in this case doesn’t mean that other Egyptian citrus exports are somehow ‘unclean’, since the vast majority comply with European food safety legislation.

However, Rijnhout says consumers are increasingly aware of the use of post-harvest chemicals that could be detrimental to the environment and to mankind. “In the post-Covid global scenario, millions of consumers seem to be making choices for food products that really promote good health,” he argues. “In line with this trend, citrus has seen an amazing growth in popularity in 2019, and we expect the solid growth in this category to continue.”

Jaguar has reported a steady increase in demand for Fairtrade fruit, he says, and awareness of environmental risks is increasing too. “Now there is also definite evidence that consumers are looking closely at the supply chain of fresh fruit in order to understand the risks, such as the use of pesticides,” Rijnhout adds. “In many countries the use of post-harvest pesticides is also being scrutinised by the relevant authorities.”

It’s true that the European Commission is attempting to tighten restrictions on pesticides used in the citrus industry, setting its sights this year on a pesticide called chlorpyrifos and another chemical known as Propiconazole.

Earlier this year, the European Food Safety Authority proposed cutting the maximum residue limit (MRL) for a post-harvest chemical called Imazalil from 5mg per kg to 0.01mg per kg. The move raised concerns among European citrus-producing countries, and in the end a compromise was reached with the MRL set at 4mg per kg. “But I am sure that this is just the beginning of the move towards really clean fruit,” Rijnhout insists.

Sven Thomas, technical manager at Jaguar, says he is a passionate supporter of chemical-free fresh produce. “These recent developments regarding MRLs gave us more than enough reason to accelerate our focus on Clean Citrus,” he explains. “We understand that the global production system has to respond to the consumption needs of a growing world population, but Jaguar’s vision is that human health should never be endangered.”

Over a number of seasons, the group has worked closely with production partners to identify pathogens and resistances, and to develop cleaner solutions in response.

“Our first major exports in 2019 received positive results, and this year we improved even further,” Thomas suggests. “Today, our oranges have a beautiful appearance and come with a guarantee that they are completely free of post-harvest chemicals. In fact, the product that we use for our oranges from Egypt is even used in organic farming of other products. We are really proud to be the first movers in this regard and are happy that retailers are responding positively.”

Jaguar’s loadings of ChemFree Clean Citrus Valencia oranges, which are also available as a Fairtrade product – are due to begin in the second half of January, with conventional navel shipments underway in week 50.

Jaguar ships its citrus directly from Egypt to more than ten countries.