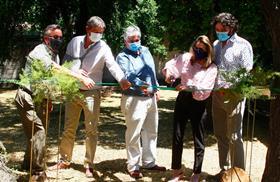 A number of organic producers from Chile’s Maule region have joined forces to create a new cooperative group with the aim of becoming the country’s leading organic agrifood supplier.

Organicoop hopes to serve as a blueprint for farmers of every size, throughout Chile, to produce a wide variety of organic products.

After a year of planning between the member companies and expert advisers, the cooperative has established a statute and code of ethics, based on national and international standards, covering several areas including recycling, self-management and biodiversity among others.

“These are ideas that forge a way of thinking, beyond the mere replacement of synthetic inputs by authorised inputs, which is common to national organic ventures, which pursue more the premium price of differentiated organic sales, than the real sense of producing holistically,” Organicoop said.

Innovation and development will be a key focus of the group, which plans to invest a major part of its profits into research and development to tackle problems such as climate change and a post-pandemic world, in which demand for organics is likely to rise.