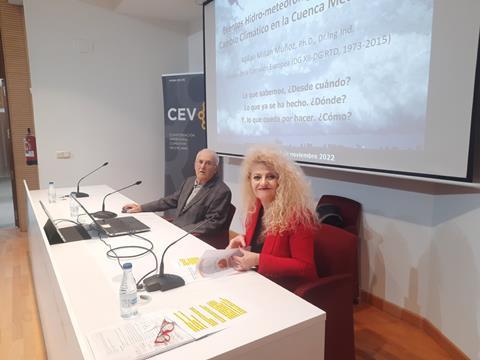 A leading environmental expert has called for the reforestation of Mediterranean coastal areas of Spain to recuperate the quality of the soil and mitigate the impact of climate change.

Millán Millán, emeritus director of the Centre for Environmental Studies of the Mediterranean (CEAM) and long-time consultant to the European Commission, said providing vegetation cover would help retain humidity and restart the rain cycle, so that in “in about 15 years” summer storms would return to areas plagued by drought.

Millán was speaking at a conference organised by Spain’s Citrus Management Committee (CGC), the association representing private exporters, on Thursday.

In recent years, the Mediterranean arc has seen shorter and more intense winters and warmer, longer summers. This has led to torrential episodes of rain that do not refill aquifers due to the degradation of the soil and increasing urbanisation.

Millán cited the example of the Loess plateau, which the Chinese government transformed from a heavily eroded area into a huge expanse of fertile land for the cultivation of fruit and vegetables by building small dams to retain water.

At the recent COP-27 climate summit in Sharm el-Sheikh a similar project was discussed, this time in Lake Bardawil in Egypt’s Sinai Pensinsula. Here, work is underway to dredge the lake, spread the sediment on the surrounding slopes and then reforest them to gradually recover lost habitats.

Scientists have warned for decades that climate change could lead to the collapse of Mediterranean agriculture in coastal areas through desertification, drought and high levels of tropospheric ozone causing higher incidences of pathogens such as viruses.

The conference was part of a series of events organised by the CGC to mark its 50th anniversary.