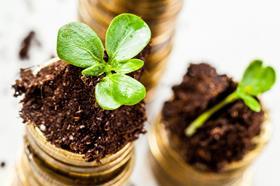 In an opinion piece published last week inDutch daily NRC, author and former Unilever CEO Paul Polman and Eosta CEO Volkert Engelsman argued for a revision of the financial and tax system in order to develop a green economy with sustainable agriculture at its core.

'Companies now have a social responsibility that goes beyond making profits for shareholders,' they wrote. 'Once you have seen how the economy is undermining itself, you can no longer ‘unsee’ it. The need to work more sustainably has become existential.'

They pointed to the example of a Dutch court ordering Shell to cut its emissions, as well as the Netherlands ending its fossil fuel investments, as signs that change was coming.

'True Cost Accounting, putting a price on a company’s environmental impact, is gaining ground throughout the financial sector,' the piece stated. 'And even the agricultural sector is realising that ensuring the survival of humanity and the planet is more important than maximising production.'

The authors said that all kinds of legislation was in the pipeline in Europe to require companies to report on sustainability. 'The European Corporate Sustainability Reporting Directive was adopted last year along with the new EU Taxonomy, a classification system of economic activities that the EU considers sustainable or climate-friendly,' they wrote. 'The EU Taxonomy is intended to be a guideline for investment funds, but may also be used to determine where agricultural investments and subsidies are used.'

However, they advised caution. 'It is telling that only 10 per cent of the new EU agricultural budget is set aside for small and medium-sized enterprises, while 90 per cent will continue to go to agrochemical giants,' they said. 'You cannot force companies to actually become more sustainable by imposing reporting obligations. We are in danger of heading for an endless bureaucracy of sustainability, in which only the biggest companies are able to find their way to the European billions. Real change is not imposed, but comes from within.'

Nevertheless, the piece went on, tax measures would be essential to steer the sustainable transition in the right direction. 'Calls for lower VAT on fruit and vegetables are growing louder in Europe and this has already been partially implemented in Germany,' it read. 'And support for a meat tax, a sugar tax or a universal CO2 tax is voiced regularly.'

The authors identified three areas where economies needed to be 'thoroughly revised': ecological breakdown, the wealth gap and the health crisis.

'This will require a review of the tax system across the board, shifting from value-added tax to tax on the use of natural resources,' the article stated. 'This forces sustainability and stimulates employment.'