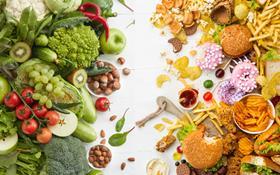 The Global Alliance to Promote Fruit and Vegetable Consumption 5 a Day (AIAM5) marked the ninth edition of its World Fruit and Vegetables Day on 15 October, but said it remained concerned about a lack of institutional support for its healthy eating message.

A total of 40 national and international alliance partners from 32 countries around the world joined forces to raise awareness of the health and benefits of including fresh produce in a daily diet.

This time around, the alliance’s scientific committee conducted an exploratory consultation to collect more detailed information about the consumption of fruit and vegetables, as well as associated health recommendations and policies to promote their consumption.

Preliminary results showed that only two of the 18 countries that reported consumption data would reach the goal of at least 400g per person per day.

Italy had the highest consumption with an average of 461g per capita, followed by Chile with 422g. Argentina with 160g and Brazil with 134g were among those with the lowest consumption average.

Among the countries with a high percentage of the population that consumes at least five servings per day, Costa Rica (35.9 per cent), New Zealand (32.5 per cent), Canada (28.6 per cent) and Finland (26.8 per cent) stood out.

“There is a general trend that shows how as age increases, so does the intake of fruit and vegetables,” the alliance said in a statement. “It is important to highlight that in terms of fruit and vegetables’ affordability, spending continues to be high, exceeding the annual average of US$630, representing around 18 per cent of the food basket.”

The alliance’s findings also hint at a lack of coordination in terms of the overall message to consumers, even though most dietary guidelines and 5 a Day programmes in the countries that participated included clear definitions of what fruits and vegetables are.

“It should be noted that most include immature legumes and corn, and dried and minimally processed fruits and vegetables, while the inclusion of nuts and processed foods is limited,” it reported.

A total of 18 countries included 100 per cent fresh juices as part of the recommendation, specifying “no added sugar” and limiting their consumption to no more than one serving per day.

Regarding public policies that support the promotion of fruit and vegetable consumption, 19 countries had national policies and / or programmes to promote their consumption.

However, when conducting an exhaustive review, only seven nations had national plans, laws or decrees that supported 5 a Day policies or campaigns. A lack of government support was identified as a concern in all. but a few countries taking part.