Supporters of gene-editing highlight the potential benefits such as disease tolerance and reduced pesticide use, while critics warn of a lack of transparency, accountability and public consultation

The UK last week began the passage of a law to allow the sale of gene-edited foods, an issue, along with genetic modification, that continues to divide both the public and the farming community.

Supporters of gene-editing, including the UK government, highlight its potential to improve health and reduce environmental impacts, but critics point to a lack of transparency, accountability and public consultation.

Although the issue is not new, it is only since the UK voted to leave the EU that the UK has the power to introduce such a law.

Its Genetic Technology (Precision Breeding) Bill would allow crops whose genomes have been edited to be treated differently to genetically modified organisms (where foreign DNA may be added) and grown in England, to be sold in England, Scotland and Wales.

“These gene-editing tools have the ability to mimic natural breeding, and generate changes within a species that we find desirable for one reason or another,” said Gideon Henderson, chief scientific adviser at the Department for Environment, Food and Rural Affairs (Defra). “There’s potential for UK economic growth in this area, also potential for UK environmental benefit.” 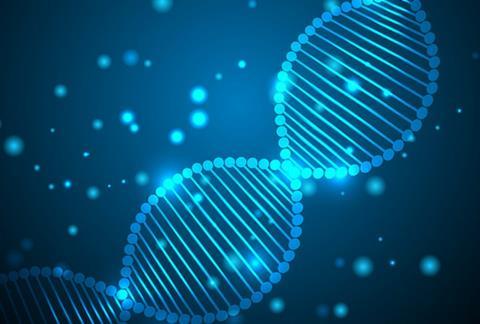 However, Defra’s own public consultation from September 2021 found that “most individuals (88 per cent) and businesses (64 per cent) supported continuing to regulate such organisms as GMOs”.

Respondents raised concerns about unintended consequences, potential issues relating to the environment, human health and animal welfare, as well as cross-contamination with non-GEOs.

There were also concerns about ownership and intellectual property, as well as accountability and transparency, with product labelling preferred to indicate that a product is derived from gene-editing.

However, non-governmental organisation Beyond GM has revealed how such concerns have been seemingly downplayed by Defra, according to documents released following a Freedom of Information request.

“Defra made extensive efforts around the coding of responses from citizens in order to put as many of these responses as possible into a category they called ‘campaign response’ and remove them from the official analysis,” Beyond GM stated.

“If the process of public consultation is to have any shred of legitimacy, it must be accompanied by transparency, even-handedness and clear, published criteria,” the organisation continued. “But at no point did Defra warn citizens that their view would be discounted if they used or even rephrased information from civil society groups.”

Jo Lewis, policy director of the Soil Association, said the bill avoided “dealing head-on with the transformation needed in our food and farming system for true security and resilience”.

“We are deeply disappointed to see the government prioritising unpopular technologies rather than focusing on the real issues – unhealthy diets, a lack of crop diversity, farm animal overcrowding, and the steep decline in beneficial insects who can eat pests,” Lewis told New Scientist.

He recommended looking at the example of GM, which he said “only benefits a minority of big businesses with a major rise in controlling crop patents and unwelcome, profitable traits such as herbicide-resistant weeds”.

However, the vice president of the National Farmers Union, David Exwood, welcomed the policy change.

“This science-based legislative change has the potential to offer a number of benefits to UK food production and to the environment and will provide farmers and growers with another tool in the toolbox as we look to overcome the challenges of feeding an ever-growing population while tackling the climate crisis,” he said.

Environment minister George Eustice said gene-edited foods could be in UK shops as soon as 2023, with the government hoping the bill can become law later this year.

Although it would only apply initially to crops, secondary legislation requiring no parliamentary oversight could later give the green light to gene-editing in livestock.