Week 31 marked first time the group had packed over 100,000 15kg boxes of Valencia oranges in a single week 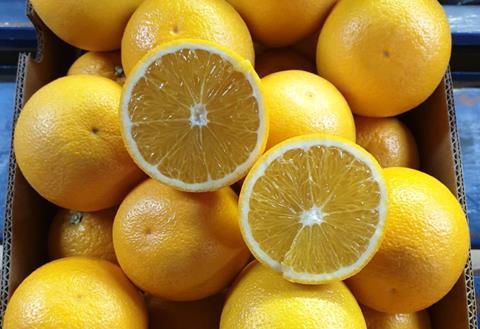 In a month where England won a record 176 medals at the Commonwealth Games in Birmingham, Jupiter Groups’ South African farms broke records of their own.

In just two weeks, Jupiter packed just under 4m kg of premium Delta and Midknight oranges, the equivalent weight of 1,574 African elephants. Week 31 marked the first time the group had packed over 100,000 15kg boxes in a single week.

Jupiter Group experienced a higher-than-anticipated yield with its Turkey Valencia oranges, 25 per cent up on initial forecasts, as well a bumper crop of the Midknight variety.

The harvest of Jupiter’s large and juicy Delta oranges began in week 32 and will continue through to week 37, shipping in week 39.

The fruit will be processed at Jupiter’s state-of-the-art on-farm packhouse in Maswiri, ready for shipping to Europe, the Middle East and the Far East.

Following the South African citrus season, Jupiter will turn its attention to the Greek grape campaign which began in week 30 with Thompson grapes from Crete.

The season will then continue in the Katerini and Kavala regions of northern mainland Greece, harvesting Arra varieties, for which Jupiter is a master license holder, through until December.