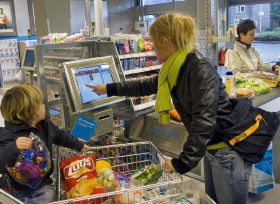 Dutch retailer Ahold has announced that it has reached an agreement with Condorum regarding the sales of its 24 Slovakian outlets, which in 2012 brought in combined sales of €159m.

The retailer said that it had carefully reviewed its strategic options and decided to sell the business as it has a limited market position in Slovakia.

"An exit from this country enables management to focus on its continued successful improvement of the Czech Republic business where the company operates 283 Albert stores, with 2012 net sales of €1.76 billion," the group noted.

Condorum already operates more than 90 retail stores in Slovakia under the brand names Terno and Moja Samoska, with net sales of €127 million in 2012.

Financial details of the transaction have not been disclosed, but the deal is expected to close in the first half 2014.

Meanwhile, Ahold has also revealed its financial results for the third quarter of the year, with sales up slightly but operating income hit by restructuring cists.

For the three-month period, overall group sales climbed 0.6 per cent at constant exchange rates to €7.4bn, although operating income was down €40m to €248m, mainly due to restructuring costs.

CEO Dick Boer said: "In the United States we continue to operate in a very competitive environment with low inflation. With limited sales growth we gained market share in the supermarket segment and maintained our share in the all-outlet market. We were able to maintain a solid underlying operating margin, supported by continuous cost savings.

"In the Netherlands, weak consumer sentiment was reflected in a further slowdown of market growth. We saw transactions remaining stable, albeit with a lower basket size and with consumers increasingly looking for value, impacting our market share performance this quarter. The underlying operating margin remained stable versus last year.

"We remain committed to our Reshaping Retail strategy and will continue to invest in growth, in both existing and new markets. Our online activities continue to show strong sales growth, both in food and non-food and we continue to rapidly expand our network of pick-up points, especially in the United States. Albert Heijn expects to have around half of the 82 acquired C1000 / Jumbo stores converted to its banner by the end of 2013 and is well on track expanding into Belgium."