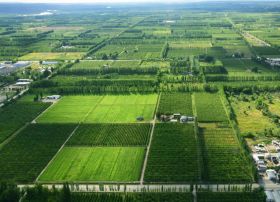 Moño Azul, one of the Río Negro and Neuquén region’s oldest apple and pear producers, has been taken over by Prima Group, ending months of speculation on the fate of one Argentina’s best-loved fruit brands.

Prima Group, whose principal shareholders the Sánchez family also own topfruit giant Patagonian Fruits Trade (PFT), acquired a majority stake in Moño Azul this week according to reports in the Argentine press.

“This is a major step for us and for the entire Río Negro Valley,” said Prima Group’s CEO Nicolás Sánchez.
Moño Azul was formed in 1961 by four of the valley’s pioneering fruit growers, the Gristanti, Enriquez, Pirri and Buttá families, and was, for many years, Argentina’s leading fruit exporter. At the end of 2008, the company was acquired for US$30m by the Orsero family, owners of Italy’s GF Group.

Sánchez stressed that the Moño Azul brand will be controlled and managed by the Prima Group, while GF Group will maintain a minority stake in the venture. He said the iconic brand was currently underexploited and there was good potential to develop it in both the domestic and international markets.

“The purchase of Moño Azul has nothing to do with PFT. The operation was closed by Grupo Prima,” Sánchez said.

Under the terms of the deal, Prima Group will retain Moño Azul’s Vista Alegre packing and coldstorage complex, as well as its Villa Regina facility, just over 700ha of fruit production and another 350ha of land ready to plant.

The deal does not include Moño Azul’s former tomato factory in Otto Krause, the company’s offices in Guerrico and Salvador Liguori, the other fruit producer acquired by GF Group at the same time as Moño Azul in 2008.

Prima Group hopes the deal will enable it to significantly improve its positioning in the local and international market, adding more than 30,000 tonnes of apples and pears to its fruit offer. More importantly, it allows the group to leverage the Moño Azul brand, which generates a price differential of around 10 per cent in wholesale markets, by extending it to other products such as table grapes, kiwifruit and stonefruit.

According to insiders, the negotiations between the two parties were fraught, with Moño Azul’s calamitous financial situation taking the shine of an otherwise glittering prize for Prima Group. For Hugo and Nicolás Sánchez, president and CEO of Prima Group respectively, the idea of ​​absorbing all of Moño Azul's assets was not an easy step to take.

The Sánchez family will have to invest a lot of time and money in restoring Moño Azul to its former glory. With the exception of its coldstores in Villa Regina, the company’s infrastructure is old and tired and will cost millions of dollars to replace.

Labour is also a factor. Moño Azul has a total of 210 permanent employees plus an extra 1,100 seasonal workers, but its productivity is relatively low.

In spite of these challenges, Prima Group said it remains optimistic about the future of fruit production in the valley.