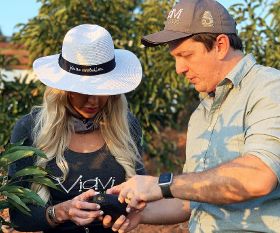 South African avocado breeder Allesbeste is moving its brand for the Maluma avocado variety to the next level.

The company has appointed a brand ambassador, lifestyle chef Izelle Hoffman, for the Viavi brand, under which Maluma avocados will be marketed.

Zander Ernst of Allesbeste said the appointment of Hoffman would create more momentum for the brand. “It will improve our market penetration," Ernst confirmed.

Hoffman focuses on anti-inflammatory eating and healthy living. "Through live facebook cooking initiatives and live interviews we have lead people through the discovery of avocados and more specifically Viavi,” Ernt noted.

The company has seen increased market penetration for the Viavi brand. “It is now exclusive to Woolworths in South Africa,” he continued, confirming that there had been good progress with plantings of Maluma in Spain and Israel, as well as some other countries.

“Currently the biggest expansion is still in South Africa where Maluma currently represents just short of 10 per cent of the industry total hectarage," Ernst outlined. “The percentage of the total number of trees ordered in the nursery are still growing at an increasing pace, which is quite exciting to see, and that there is no slowdown forecasted as yet in the growth of Maluma.

“Even in a tough South African production year such as 2020 where quality and fruit size has been a major issue, Maluma is still outperforming Hass on fruit size by at least 2 count sizes."

Increased plantings of Maluma are reported in some of the warmer climates in South Africa where cultivars like Hass historically could not achieve acceptable levels of production.

“This means that there is an extention of the early season by about four weeks. At the late season end we are also seeing plantings in the Western Cape which also looks very promising.”

Ernst said that many people were not yet aware that Maluma and also therefore the Viavi brand are already available throughout the current South African Hass Season.

“Our long term vision is that Maluma will in the future increase its foot print as a true dark skin alternative to Hass in the market and a cultivar in its own right, with sustainability that ensures that growers can plant the cultivar with confidence. Maluma is no doubt the first cultivar that can be grown economically on trellis training systems,” he says.

“We started our first trials with this trellising in 2014 and our first commercial block during 2016, and there is no doubt that it has huge benefits.”

He says the second biggest plantings of Maluma in Southern Africa are in Mozambique. “Fruit from there has the benefit of ripening two to four weeks earlier than the South African avocado crop. There is definitely huge opportunities to expand Maluma plantings in Mozambique and other Southern African countries to achieve this strategic advantage." 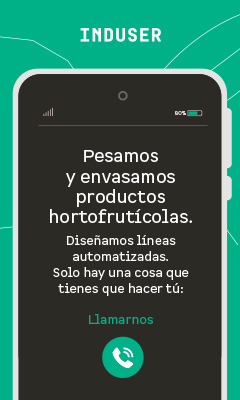