Besana to merge with Importaco 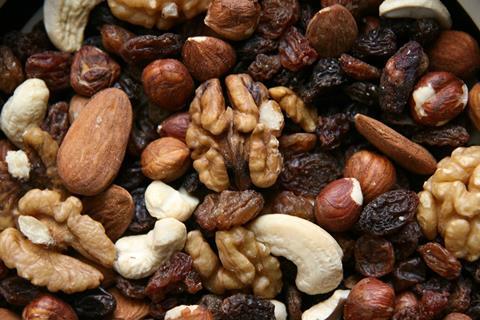 Two of the world’s largest natural food companies are to join forces after Spanish food company Importaco signed a deal with Naples-based dried fruit and nut specialist Besana to buy 51 per cent of the Italian company's share capital.

The companies said the merger, which is expected to take effect in October following regulatory approval, was aimed at strengthening their role as suppliers of natural food products, while also consolidating their position in the international market.

The deal will establish a global player in nuts and dried fruit, creating a company with annual turnover of €770m, almost 2,000 employees, 17 factories in five countries, more than 600 suppliers and a total purchase volume of 123,000 tonnes.

It will also have a presence in many big markets, including Spain, UK, Italy, Belgium, Germany, France, Poland and Scandinavia.

Importaco and Besana are both family-owned companies, bringing together more than a hundred years' industry experience and both promising a customer-oriented approach to the supply and marketing of high-quality, healthy foods.

Importaco, which specialises in nuts and natural drinks, distributes to the retail segment in Spain – it is a key supplier to Mercadona – and also operates in agrifood ingredients and foodservice markets.

Besana, meanwhile, specialises in nuts, dried fruit and seeds, with a strong focus on quality, innovation, and research and development. It sells mainly to retailers and has a strong presence in the UK, Belgium, Germany, Scandinavia and eastern Europe, as well as its home market Italy.

Toño Pons, president of Importaco, will be chairman of the newly merged group, while the Besana-Calcagni family will also be at the heart of its leadership team.

At Besana, Riccardo Calcagni will continue as chief executive officer, with Pino Calcagni named as its honorary president.

'Through this transaction, we are consolidating our sustainable growth project based on quality and innovation, and leveraging our internationalisation and specialisation in natural products and healthy foodstuffs,' Pons commented.

'We are creating a strong group with a solid competitive position, both in Spain and in other European markets, with a high growth potential', he added.

Pino Calcagni said: 'In the current scenario, the globalisation of new markets and the development of synergies to improve economies of scale are becoming key commercial factors. The Importaco Group is the ideal strategic partner to achieve these objectives and create value throughout the supply chain.'