Enza Zaden steps up in fight against ToBRFV

Enza Zaden will present the latest developments in its new range of tomatoes with high resistance to the Tomato rugose virus (ToBRFV) at the Global Tomato Congress on 24 May. 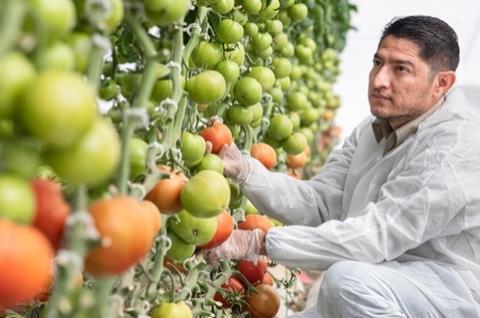 In 2020 the seed company announced the discovery of the high resistance gene to the devastating virus. Over the subsequent two years it has developed a complete programme in the different types of tomato with varieties with high resistance.

This was the message that the company announced at last week’s World Tomato Congress, which took place in Campohermoso, Almería.

Since the first appearance of the virus in 2014 in Israel, ToBRFV has spread very quickly in the Middle East, Mexico, China, Europe, and has also reached Spain.

During the congress, Kees Konst, crop research director of tomato, highlighted that only high resistance stops the multiplication and spread of the virus.

“The more crops with high resistance varieties there are in an area, the closer we will be to eradicating the virus both in Spain and in the rest of the world,” Konst said.

This is because only high resistance stops the spread and multiplication of the virus.

The congress heard that the only solution to fight the virus is the combination of varieties with high resistance along with following a strict protocol of sanitary measures, such as daily disinfection of tools and the use of single-use clothing between others.

Enza Zaden already has a portfolio of varieties with high resistance, which makes it possible for farmers to prepare for the next campaign.

“We think it is crucial to anticipate and prepare for the winter harvest. We know the situation of the virus in summer, but we do not know how it will evolve. It is necessary to act preventively to guarantee production and supply”, said Carlos Herrerías, product manager at Enza Zaden.