On 30 September a delegation of Freshfel Europe, led by president Salvo Laudani and its general delegate Philippe Binard, held a meeting in Prague with deputy minister of agriculture Jiří Šír. 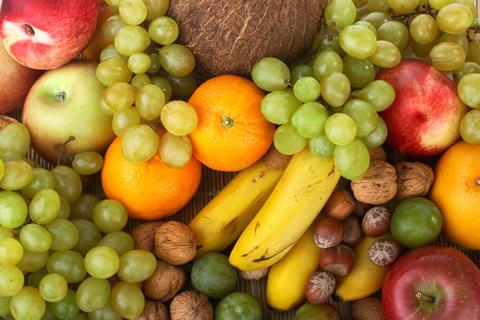 According to Freshfel, the meeting was an opportunity to review a wide range of topics relevant to the fruit and vegetable sector, which are key in the current context of endangered food security.

“We are pleased that we could raise many important issues for the sector during the meeting,” said Philippe Binard, Freshfel Europe general delegate.

“We had a constructive solution-oriented discussion on many aspects of the fresh produce business impacting its competitiveness covering topics of very high importance for the sector,” he continued. ”This included the impact of rising costs (energy, production inputs), the consequences of workers’ shortage (seasonal workers, truck drivers), the effect of climate change on production, the disruptive elements linked to the revision of the sustainable use regulation and the endangered accessibility of plant protection products under the reduction target of the Farm to Fork Strategy.

”The need for a good balance between IPM and organic production according to market expectations was also highlighted,” Binard explained, adding that Freshfel Europe experts also had the opportunity to tackle matters relating to market access and global logistic challenges.

The discussion came at a timely moment with so many relevant issues for fresh produce on the table of the EU Council, the European Parliament, as well as the European Commission.

The Freshfel Europe board, which met in mid-September, agreed on the urgency to uplift the voice and reputation of the sector, and further raise the image of fruit and vegetables.

“Freshfel needs to take the lead on action that can reinforce the reputation of the sector and build a stronger position for fresh produce in the European citizens diet priorities,” said Laudani.

”The consumption trends are still well below the WHO minimum 400g recommendation. We expect further pressure as already noted in recent consumers’ behaviour, deeply impacted by inflation and skyrocketing energy bills.”

Freshfel outlined that this further consumption decrease had come even though fresh produce had much to provide in terms of health benefits for consumers, while also being the food category with the lowest environmental impact for the planet.

During the meeting, Freshfel Europe additionally reminded that the fresh produce sector was part of the solution to many of the EU’s ambitions under the European Green Deal, the Farm to Fork Strategy, the EU Beating Cancer Plan and FIT 55 Package.

The association said that in this context it was therefore crucial that the environmental, social and economic sustainability of fresh produce was well protected so that the sector could fully contribute to achieving those goals.

“Fruit and vegetables should be well positioned in European regulations and in the food assortment as ‘essential goods’,” said Egle Baecke, director for food quality at Freshfel Europe.

”To fully play its role, the long-term competitiveness and profitability of the sector should be an absolute priority, while solutions to the challenges need to be implemented in a timely manner, be pragmatic, cost effective and not burdensome, otherwise over time they may generate new food security concerns.

“Solutions to be addressed should not lead to further dependency, while a careful and coherent approach between different policy objectives is much needed.”

Freshfel added that in the coming months it would continue to raise the profile of the sector and the image of fruit and vegetables to decision makers and consumers.

”The sector has significant potential to provide solutions to societal concerns, however fruit and vegetables should be fully considered as essentials goods.”