The fall of Jupiter, one of the UK’s leading fresh produce companies and major supplier to major supermarket chains including Tesco, Asda, Lidl and Spar, was caused by a failure to incorporate two major acquisitions, Fruitnet has learned.

Jupiter Marketing’s stratospheric rise over the past decade took the fruit business by storm, but industry insiders suggest the company ultimately found it impossible to sustain its 2019 takeover of Dutch importer Cool Fresh International – which it renamed Jupiter Group Europe – or the purchase of more than 800ha of fruit farms in South Africa a year earlier.

In particular, the pandemic adversely affected Jupiter’s ability to generate the kind of returns it needed from its new assets in order to secure what were self-funded deals. And subsequent dramatic cost increases in its supply chains cut further into its margins.

According to several sources, an attempt was made earlier in 2022 to restructure the Cool Fresh deal. This is understood to have failed, despite apparently substantial support from Karsten, another major player in the European import business with deep roots in South Africa.

In the meantime, the trade has witnessed the sad sight of Jupiter coming back down to earth with a bump.

“It’s all very sad,” said one UK-based importer, who asked not to be named. “It was a cash-rich business and I believe they bought those companies without any help from the banks. What they then did though is they tried to restructure earlier this year, but that appears not to have worked. My understanding is that the administrators have kept a few people on board to help them. But a lot of it now needs to be restructured completely.”

They added: “I don’t think this is necessarily something we will see happen all across the industry. Two large investments have toppled the business.”

Another commentator, who also wished to remain anonymous, suggested that Jupiter’s Cool Fresh takeover would in the end be seen as a missed opportunity.

“if they had used Cool Fresh correctly, then they could have built a really serious business, one that had a very good financial standing with the banks,” they said. “But their ability to fund that deal themselves was dramatically reduced by the pandemic and recent inflation.” 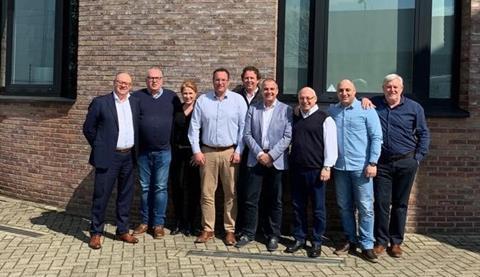